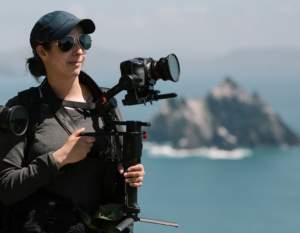 Marcella O’Connor has commenced her filmmaker in residence position. Due to the high demand for filmmaker advice and facilitation in Kerry, Marcella will be providing additional filmmaking mentoring to schools in Kerry alongside the work already being done by Mieke Vanmechelen in this area.

Marcella is a filmmaker who explores art, culture, nature and history through the documentary genre. She is currently working on an Arts Council supported film based on the poems of Aogán Ó Rathaille. Her film, The Lament for Art O’Leary, won best documentary at the 2020 Film and Video Poetry Symposium in Los Angeles. During her filmmaking residency for Kerry County Council, she hopes to work with school children of all ages and help them find their creative voice, to mentor aspiring filmmakers and to help community groups get started in making their own films.

The filmmaker in residence is funded by Kerry County Council, the Arts Council and Creative Ireland. Any queries can be directed to [email protected]/066 7183541 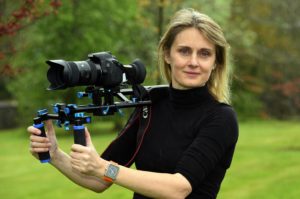 Filmmaker in residence Mieke Vanmechelen works with young people and schools. A recently produced short youth film called ‘Airbag’ has been selected to screen at First Cut Youth Film Festival in Youghal this March. With her partnership with Saint Brendan’s College she lends her support to their Young Social Innovators campaign, ‘One Punch Can Kill’.  In April Mieke will be lending a hand to students at the Presentation Secondary School Killarney, who are planning a mountain rescue documentary. Mieke is currently developing an exciting showcase of films for and made by young people with Kerry International Film Festival Director Eibh Collins. New and upcoming plans are also in progress for the Kerry Film Forum, with a film screening planned to take place this April. The screening features a short film called ‘Like a mouse’, an experimental documentary following Dr. Hodd’s discovery of a tiny fern, Stenogrammitis myosuroides. It explores the concept of natural conservation and the pressures of an unstable, globalised ecology. Made during the summer of 2021 the film was directed by Michael Holly and Mieke Vanmechelen, it has been picked up internationally and will be screened at the Achill Island Film Festival in May. Alongside all these projects, Mieke is also in the process of directing a documentary in Kerry and West Cork. The film will look at the life of hill farmers and the project is being supported by the Arts Council of Ireland.

The filmmaker in residence is funded by Kerry County Council, the Arts Council and Creative Ireland. Any queries can be directed to [email protected]/066 7183541

The writer in residence programme for 2022 is now completed