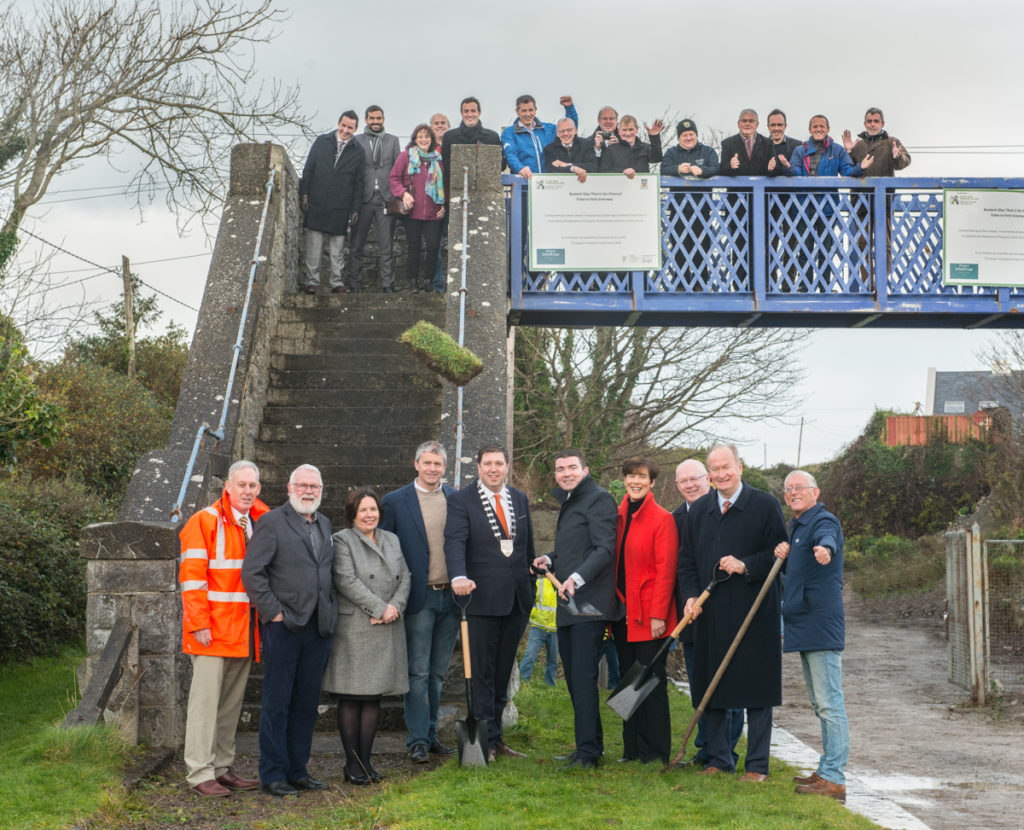 The sod has been turned today on two new greenway amenities in Kerry marking the commencement of construction on the multi-million-euro projects. Minister of State at the Department of Transport, Tourism and Sport, Brendan Griffin TD, today turned the sod on the new ten-kilometre Tralee to Fenit Greenway and the 10.5km greenway between Listowel and the Limerick county bounds.

Funding of €3m for the Tralee-Fenit Greenway and €3.5m for the north Kerry route was announced by the Department of Transport, Tourism and Sport in June 2019 and construction is now commencing on both projects. Construction is expected to take between 18 months and two years.

Minister Griffin declared it a hugely important day for Kerry and said that the new greenways will greatly enhance the visitor experience and leisure offering in the county.

‘I am delighted to have turned the sod to mark the commencement of construction on these vital projects which have been supported by my Department and which have enormous potential for the county. These greenways will offer locals and visitors alike the opportunity to enjoy walking and cycling in a safe off-road environment in beautiful and picturesque surroundings,’ he said. 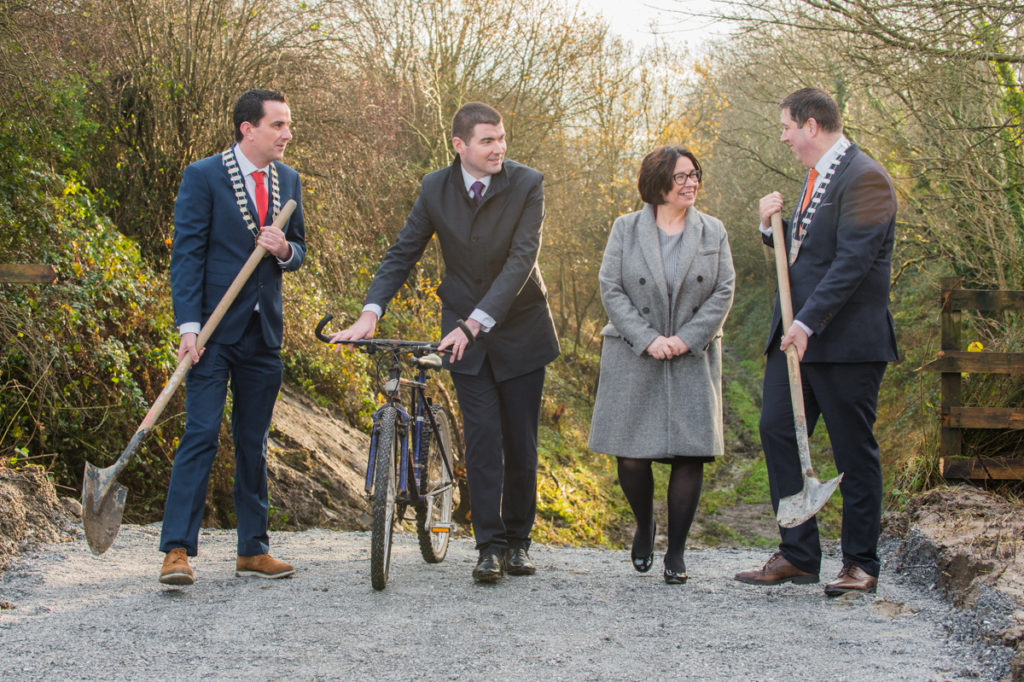 The Cathaoirleach of Kerry County Council, Cllr Niall Kelleher, welcomed the funding provided by the department which he said is supplemented by €1.2m in funding which was agreed by councillors as part of the recent increase in the base rate of the Local Property Tax.

‘Councillors in the respective Municipal Districts approved planning permission for these greenways in September 2018 and we were delighted to have received €6.5m in funding from the Department to allow these strategic projects to proceed. The greenways have the potential to attract tens of thousands of visitors in the coming years and will also provide the people of Kerry with a top-class and high-standard amenity.

‘I would like to acknowledge the support and cooperation of residents and landowners along both routes and I can assure those living along the routes that there will be continued engagement as the projects progress. I also want to acknowledge the work of the staff of Kerry County Council who have worked tirelessly to bring these projects to this stage,’ said Cllr Kelleher.

The Tralee-Fenit project will see a continuation of an amenity trail on the outskirts of Tralee which was developed by Kerry County Council in 2016 and which links Casement Railway Station and Mounthawk. The project will see the completion of the remaining rural section of this route from Ballynahoulort to Fenit by constructing a three-metre wide greenway suitable for walking and cycling. The route will predominantly follow the railway corridor and works will be completed in one phase.

The 10.5km route from Listowel will run from Ballygowloge (at the Tim Kennelly roundabout) to the boundary with County Limerick and will take in ten townlands. The greenway will link with the award-winning Childers Park and Woodlands in Listowel town and this linkage has been facilitated by grants recently awarded by Transport Infrastructure Ireland and the Department of Rural and Community Development. The works will be carried out in one phase and will consist of the clearance of the old railway line, the laying of a three-metre wide tarmacadam surface, provision of traffic calming measures, and the reinstatement of drainage and agricultural underpasses where necessary.

These new sections of greenway form part of the planned future 100km cycling and walking amenity route which will eventually link Limerick to Fenit via Listowel and Tralee, and which is being developed under the Department of Transport, Tourism and Sport’s ‘Strategy for the Future Development of National and Regional Greenways.’

The key objectives of the new greenways are: